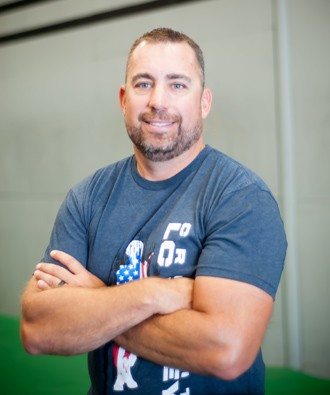 Coach Wade McManigle, Coach Wade is CFLCV’s Head Coach and has been apart of the CrossFit LCValley journey since close to day one. His wife Amy, and both his girls have been apart of the community as long as he has. Coach Wade’s favorite weightlifting movement would be cleans, and you can count on 90’s rock to be his preferred work out jam’s. We asked who his personal hero was, and with a genuine smile he simply said “My Dad”.. We were also curious what made him choose Hot Shot’s for his work out. He said “Summer time and fire season, just to remind everyone of kinds of people pay the ultimate sacrifice trying to keep other’s safe.”

Nineteen City of Prescott (Arizona) firefighters, members of the Granite Mountain Hotshots firefighting team, tragically lost their lives on June 30, 2013, while fighting the Yarnell Hill Fire, which was ignited by lightning two days earlier. It was the deadliest wildfire in Arizona’s history.
This workout was first posted on the CrossFit Main Site as the workout of the day for Saturday, August 31, 2013 (130831).