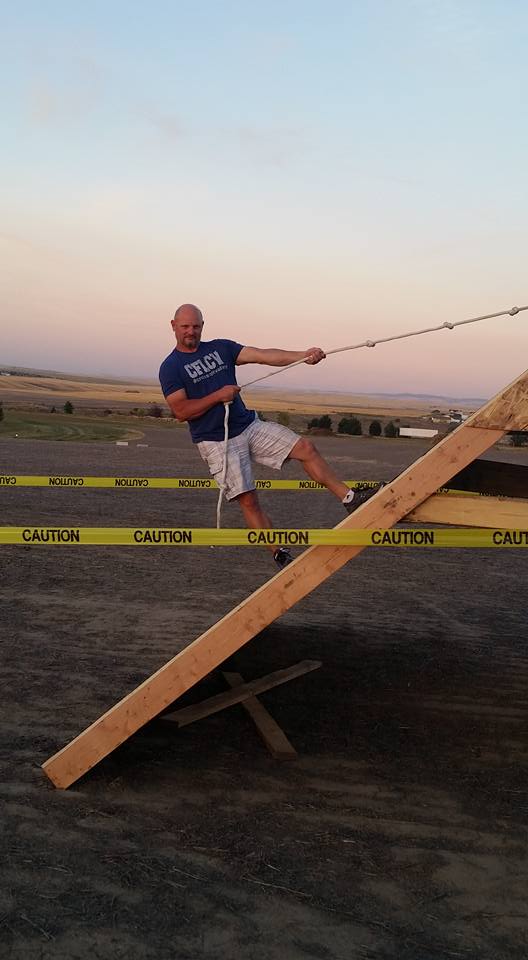 Coach Russ Braucher, Coach Russ has been a member of CFLCV for several years, and was added to our coaching staff last year. His wife Theresa works out along side him in the mornings. Coach Russ’s favorite weightlifting movement is the cleans, and he would much prefer to work out to classic hard rock if we let him pick the playlist. We asked Coach who his personal hero was he told us “My personal hero is my high school football coach Jeff Wilson. He wore a trench coat and hat on the sidelines just like Tom Landry of the Dallas Cowboys. He had a big voice and big persona that commanded respect from anybody who new him. He was the last coach in America that ran the single wing offense. He was a great coach, educator, and overall a great man. When I played for him I was scared to death of him!” Must have been an influential man if he had Russ a little nervous. We also wanted to know why he choose the hero wod he did and he shared.. “The nickname Badger personifies the tenacity and ferociousness of all of our special forces soldiers. I could not imagine what it would be like to corner a badger or a special force soldier.”

In honor of Navy Chief Petty Officer Mark Carter, 27, of Virginia Beach, VA who was killed in Iraq on 11 December 2007.

The “Badger” Hero WOD was first posted on crossfit.com as the workout of the day for Wednesday, December 19, 2007 In