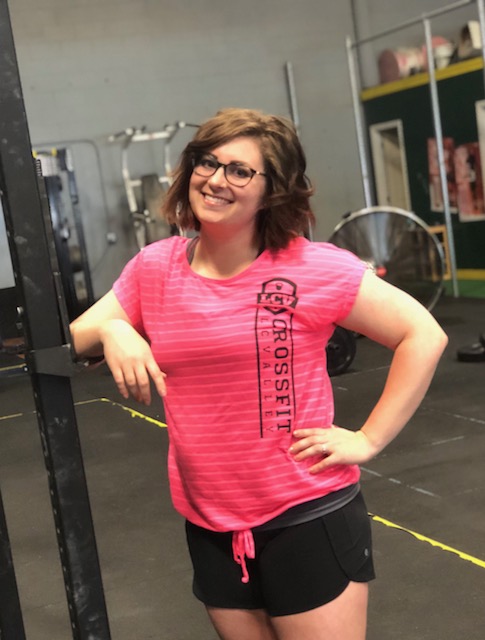 Kids CrossFit Coach, Elena Schulz. Elena leads our kids CrossFit program, appropriately named “Mini Fitters”
When she isn’t running organized chaos with the kids, she is most likely working on her Olympic lifts for our barbell program. If she is feeling like she needs to dig deep for those Power Jerks, chances are her Apple Music is mixed with anything from .38 special to Eminem. We asked Elena who her personal hero was and she responded “my mom, she is probably the only person who taught me about the idea of what it ment to be a “hero”, just by showing me what it  means be kind to everyone every day.” We asked Elena why she would pick Holleyman as her HERO wod, and she replied “There was not a lot written about this WOD, I chose it mainly for the movements. However, I feel that this WOD is honoring someone who was just doing his every day duty not expecting a hero-status. That ideal holds a special place in my heart. When you leave your house, and go about your day you never know what may happen but the smallest things you do may be the biggest thing to someone else.”

He is survived by his daughters Shelby and Erin, son Zachary, parents Ross and Glenda, and siblings Kelly and Daniel.