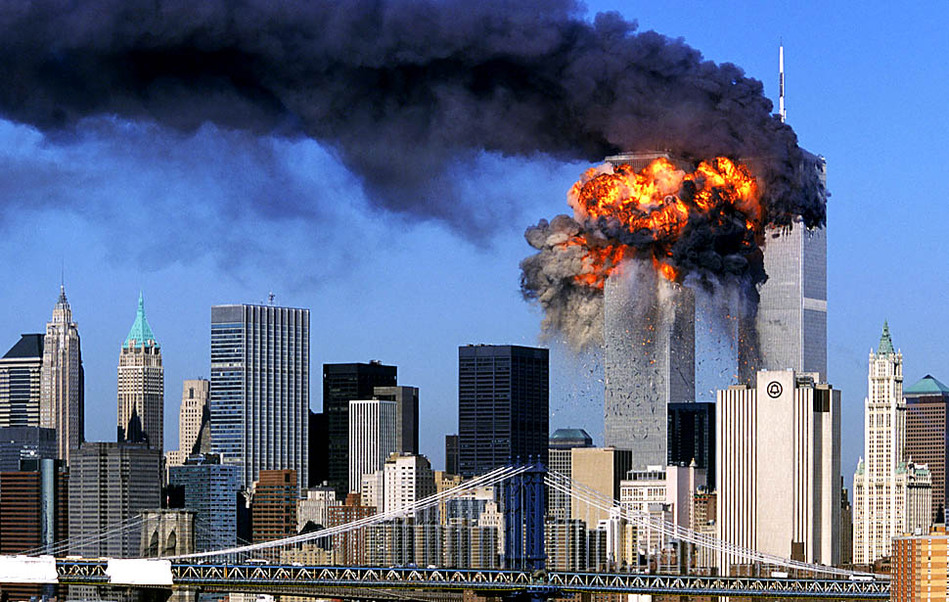 The September 11 attacks were a series of four coordinated terrorist attacks by the Islamic terrorist group al-Qaeda against the United States on the morning of Tuesday, September 11, 2001. The attacks killed 2,996 people, injured over 6,000 others, and caused at least $10 billion in infrastructure and property damage. Additional people died of 9/11-related cancer and respiratory diseases in the months and years following the attacks.

Today we honor those from 9/11! Wear your RED WHITE and BLUE.

11 Deadlift (175/115)
11 Push Jerks (110/75)
2001m Row/Run
*40min Time Cap
The workout is symbolic of the US terrorist tacks of September 11, 2001. The 2001 meter row and run represent the year of the attacks. The 11 Reps of 9 exercises represents the date. Even the weights have meaning. The 125 lb Thrusters represents the number of deaths that occurred at the Pentagon. The 175 lb Power Clean symbolizes AA Flight 175 that hit the South Tower. The 170 lb Dead Lift is symbolic of flight 77 and Flight 93 combined. The 110 lb Push Jerks represent the number of floors in each tower of the World Trade Center buildings that were attacked